Taro’s Origami Method is unique in the way we approach the teaching of origami. We teach fold-by-fold, not simply going from model-to-model. We find value in not how fast or how many models can be completed – but rather we take pride in teaching patience and precision so that each and every model will turn out beautifully and so that our students may understand the relationship between them all. Standard Japanese origami teaching methods are limited to individual models – with nothing connecting one from another. We aim to change that. 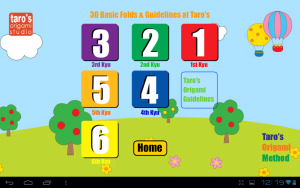 All origami begins with the same basic folds called “KATA” in Japanese. It is a system very similar to the way karate is taught. Instead of mastering and then demonstrating martial art forms, we ask students to master and then demonstrate a series of folds before advancing to the next level – or Kyu level. Here, we use colored wristbands that represent a student’s skill level – as opposed to belts. We have classified the basic folds or “KATA” according to difficulty so that a student’s skill 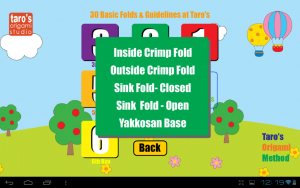 will develop gradually in a logical and systematic manner.

To advance to the next Kyu-level — there are six levels after the basic white — students will be given a test to demonstrate a selection of skills from both their current Kyu-level and any of those leading up to it. These steps must be memorized in order to graduate. We encourage all students to practice at home to prepare for the tests!

Skills learned in the very beginning are carried throughout all of the levels. 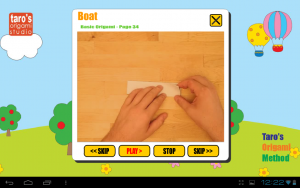 The folds at our most basic level – yellow – are carried throughout a student’s training. The first few folds may seem simple, but learning the precision and patience necessary to carefully complete “KATA” accurately each time is an invaluable skill we strive to instill. Even when a student attains the highest rank, they will still incorporate even the most basic folds to the most intricate models. Understanding the relationship between the simplest folds and how the most advanced models rely on these foundational steps is key to understanding origami.

Origami is not simply a hobby. 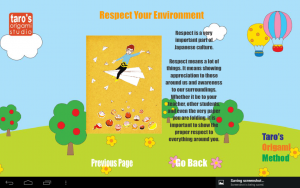 In addition to the joys that come from creating origami, the real world applications of developing this skill extend to countless aspects of our everyday lives. It can help nurture the development of a child. Skills like origami are essential in developing coordination between the left and right hemispheres of the brain. Origami can help “lead to more flexible manipulation of ideas and a creative imagination”(Healy 1990).

Origami assists the brain in the same manner as learning any other activity through repeated motions – such as music, sports, or other craft-oriented exercises. Students will gain and develop the ability to interpret and understand patterns, understand spatial relationships, and capture and understand both two-and-three-dimensional design elements.

We are creating an environment of learning that extends far beyond just folding paper. Through Taro’s Origami Method, and by applying the skills you develop by studying origami, we firmly believe that educational value exists for everyone, not just for origami enthusiasts.

In addition to teaching origami, we strive to teach key elements of Japanese culture that have allowed origami to thrive for centuries. These include, but are not limited to, respecting everything in the surrounding environment — from the instructors, to the studio, to fellow students and studio visitors, down to the very paper used in creating origami.

With this in mind, we begin each class by having the students wash their hands and sit upright at their tables so they can give each fold and crease the appropriate amount of attention.

Join us and ascend to exciting new levels of origami!