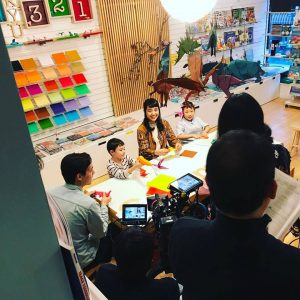 In early April of 2017, Taro’s Origami Studio was asked to take part in a popular Japanese TV show! The TV show on NHK’s (Japan Broadcasting Corporation) is called “Otona-no Kiso-Eigo” (translated as “Basic English for Adults”) The show teaches basic English through entertaining activities and mini-dramas. Two of the senior instructors at Taro’s Origami Studio, Frank Ling and Ben Friesen, helped perform, teach, and explain origami to some of our students and the staff of the show in our Park Slope Studio. Here is a behind-the-scenes shot of the crew in action! The Japanese crew spent a good amount of time with the staff talking about origami and its usefulness. 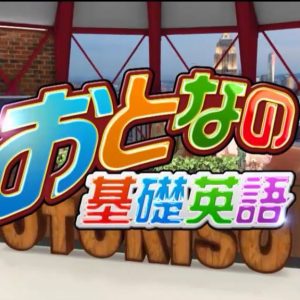 Then in early September later this year, the show aired in Japan. You can see in the photos below some of the parts of the episode. The hosts of the show, in particular, definitely enjoyed watching the reporter, Maki, say how many of the Taro’s Origami student were better than she was when she tried to fold a few models in class. Frank was interviewed during this scene and made sure to tell her that the most important part of origami is to make sure that no matter how skilled you are at it, that you are having fun, which is a great reminder for everyone who folds paper! 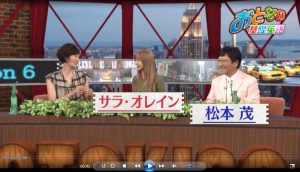 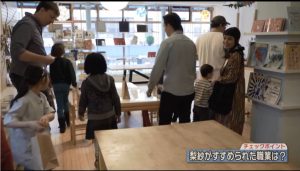 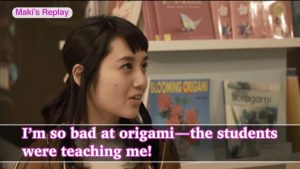 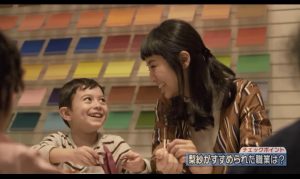 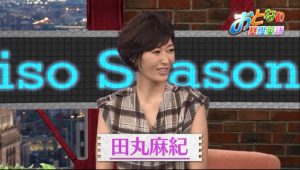 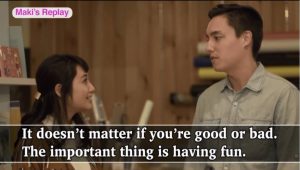